And then there's everything that falls below that dotted line that says:

Normally, the first items (or few items, depending on how long you've had your license), are just keeping track of what licenses have been issued.  You can see the record on the left shows in position 001 and 002 that the driver's license was renewed a couple of times. 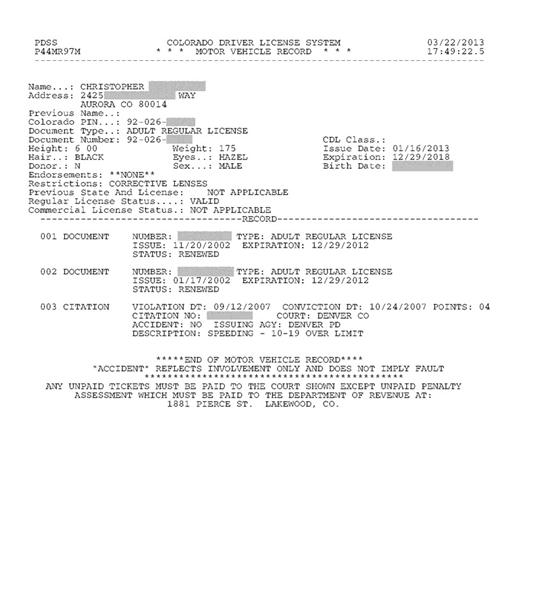